LE PASSAGE is a movie that participates at the TGIFF festival in the Official Selection. 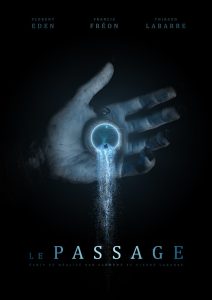 Summary: A young man and an old man move on a canal in the middle of the night aboard a boat. As they approach an immense building, they will make a meeting as strange as unexpected that will project them to the border of space and time. 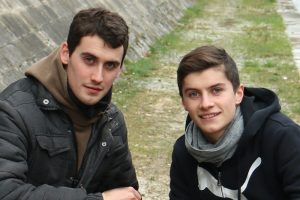 Director Biography: We are two brothers of 25 and 22 years old. We have been making short films since our childhood. After having made an amateur feature film in 2012, we then embarked on the creation of our first official short film alongside our studies. Clément followed an audiovisual curriculum for three years at ESRA in Rennes, while Pierre did a BTS Design and Arts Trades at Boulle School in Paris and then turned to Decorative Arts and specialize in space design. In 2014, after two years of work, we released “Frontiers”, a short special effects film that was an exercise to understand the many possibilities offered by special effects. Even on the amateur scale and without means, our goal was to show things as we imagined them visually without restricting our ambition. Since the beginning of 2015, we have been working on Le Passage, our new short film.