The Quiet is a movie that participates at the TGIFF festival in the Final Cut Selection. 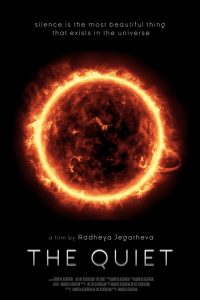 Summary: When an astronaut ponders on the quietude of space, he comes upon a startling self-realisation. The truth is written in the stars, but what will he uncover? 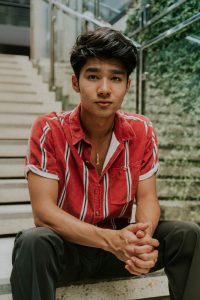 Director Biography: Radheya Jegatheva is a Perth based Australian filmmaker born in Johor, Malaysia to parents of South Korean, Japanese, Indian and Malaysian ancestry. He is a Bachelor of Commerce and Arts student at Curtin University in Western Australia. Radheya’s films have been selected to 16 Academy Award Qualifying Festivals along with an nomination for the Australian Academy of Cinema & TV Arts (AACTA) Award, often described as Australia’s equivalent to the Oscars. Radheya’s films which collectively have more than 900 official selections and 340 awards worldwide have been played in all the worlds 7 continents with the most difficult bastion breached when “iRony” played at Antarctica’s Davis Research Station.