Alder is a movie that participates at the TGIFF festival in the Final Cut Selection. 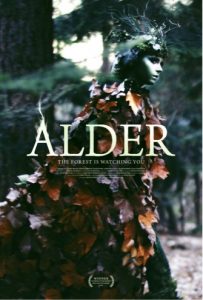 Summary: Alder is a guardian spirit that protects the forest and nature. It takes the shape of a female-tree form embodying the Alder tree’s inner qualities of protection against malevolent beings and humans. When a handsome young forager strays into Alder’s glade, it opens the possibility of changing its destiny. It longs for being loved and for the intimacy of a touch, like humans do. Very aware of the high price to pay for falling in love with a human its dilemma and vulnerability are exposed. Every time the forager clips a branch or steals berries, it manifests in Alder’s pain and it bleeding orange sap. Alder encounters him in the woods and seduces him, but will her heart overcome her loyalty to the forest? 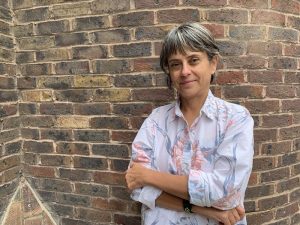 Director Biography: Vanda is a filmmaker and was born in Mozambique and is now based in London. She works full time at the UK Parliament filming various aspects of the restoration of the historic building and artworks in the Palace of Westminster. She also runs an internal film school to share her skills and passion for filmmaking with her colleagues. She is currently a part-time student at Raindance film school in London and is set to complete her Masters in Film Directing in 2020. As an independent filmmaker, she has previously produced short form experimental films using animation and multimedia. She is currently looking to build a body of work as a director within the eerie dark folk-stories and fantasy film genres.
0 likes
No Comments
Prev Next